Loading...
Skip
Oh dear – didn’t wake up til 11 – Wyatt’s going to make a sequel movie called ‘Sleeping in Atlanta’.    Now I’m rushing around to do everything.  There must be better way . . . . .
Let me tell you about YESTERDAY!!!  Now that’s a little more interesting.  At about 9 p.m. Heather came to tell me that there was a ferrel cat outside under my truck and asked if she could give him some food.  An hour later he is meowing LOUDLY by the front door.   We open the door and he runs in.  Oh dear.  Now he’s scared.  So he runs into my bathroom.  Anne & Heather shut my door and catch him – he is settling down and purring at this point.  Then my closet door makes that horrible squeaking sound (that it likes to make) and the cat goes CRAZY.   I hear crying and screaming.   I run in to the bathroom and Anne’s face is bleeding, Heather has 4 TEETH marks on her hand, and the kitten is balancing itself on the top narrow ledge of Wyatt’s shower.   Anne crawled up, wrapped him in a towel and lifted him down (bleeding all the while).   At this point, Heather is no longer worried that the coyotes will eat the kitten.  She now thinks it is a stupid kitten.  I hear crashing noises in the basement.  Wyatt is bringing up the dog kennel as fast as he can.  He puts the kennel in the garage and the kitten is thrown into the kennel.
Now the internet search begins on the subject of Cat Bites, Tetanus and Rabies.   I dress Heather’s wound and then crawl into bed with her until she is asleep.  Crying kitten noises are wafting in from the garage.
24 hours later, things are looking a bit brighter in the Gwin household.   Heather and Wyatt have been to the doctor and she has survived her Tetanus Shot.
The kitten has graduated from lying on the cold kennel floor, to lying on a soft fluffy towel on the cold kennel floor.  The kitten now has a name – Cecil if it’s a boy, and Cecilia if it’s a girl.  The general feeling is that it is a boy.  Its fate is undecided, but I think the first order of business is to put an add up in the Orange Shoals website to see if anyone has lost a kitten.   We think it is a wild ferrel cat.  If it starts foaming at the mouth, or acting crazy again, we will phone the SPCA.   Oh yes,  one further thought – Shelley spent most of the day laying outside by the kennel.  I think she remembers being in that crate, and feels sorry for the little guy.

Wyatt drove Heather all the way to Mississippi and back today (they should be home any minute now) to get her braces adjusted.   She got blue wires this time.
Nothing else exciting to report except that I spent $19 at Publix today and saved $46.   Not bad for an amateur couponer . . . . . .  I also bought some beef from a roadside stand (don’t worry – I did my research) – If this is the last email you ever get from me, know that I love you and tell them to throw away all the steaks in my freezer.
I know you’re going to miss Wendy so very very much.   I’ll try to phone more often.  I’ve really wanted you two to have some special time together, so I haven’t called every day.   I miss you and can’t wait to see you.  Let’s be praying about when that can be!!!!
Hugs and prayers.   Pull Jody’s tail for me.   Kiss Dad when you see him.
You are the BEST and I love you.
Vicki-Lou
The Lord is GOOD and we CAN trust Him!!!! 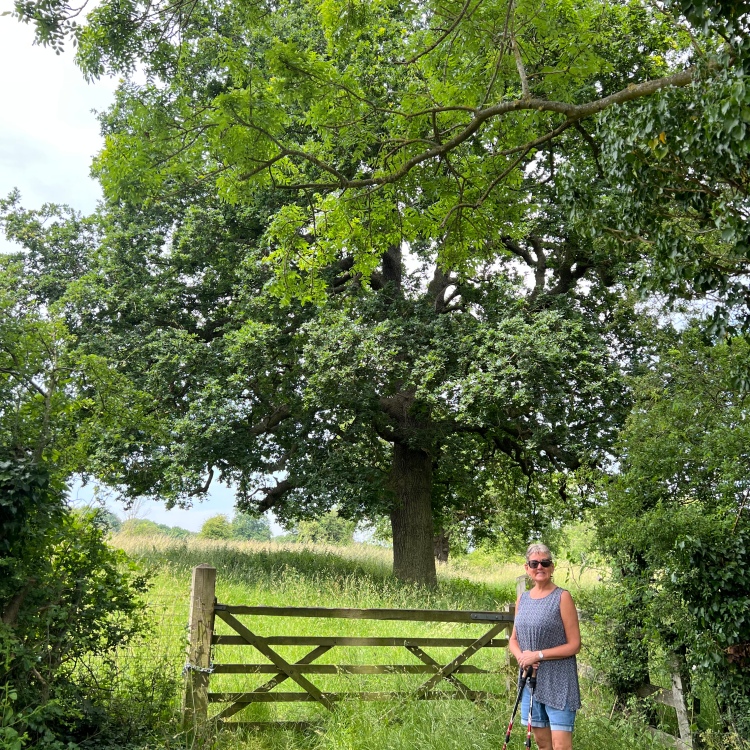 Sitting around the campfire! Never enjoyed a December fire before. Love that everyone’s Christmas lights are still up. #stepintotheadventure #happydays #lookforblessings
Had my say for the last seat in the senate. Now to rest and trust God with the rest! #peaceinmyheart #nopoliticalconvoshere #stepintotheadventure
What a sweet evening. I don’t watch my grand-babies, as much as I watch my grand babies’ monitors these day. I am so thankful and so content for these evenings at home in Georgia, with some of my family close. “Mr Gwin, God has been very good to us!” #moviequote #timetoknit #kittysitting #grandbabiesarethebest
Press Enter To Begin Your Search
×
Loading Comments...
%d bloggers like this: